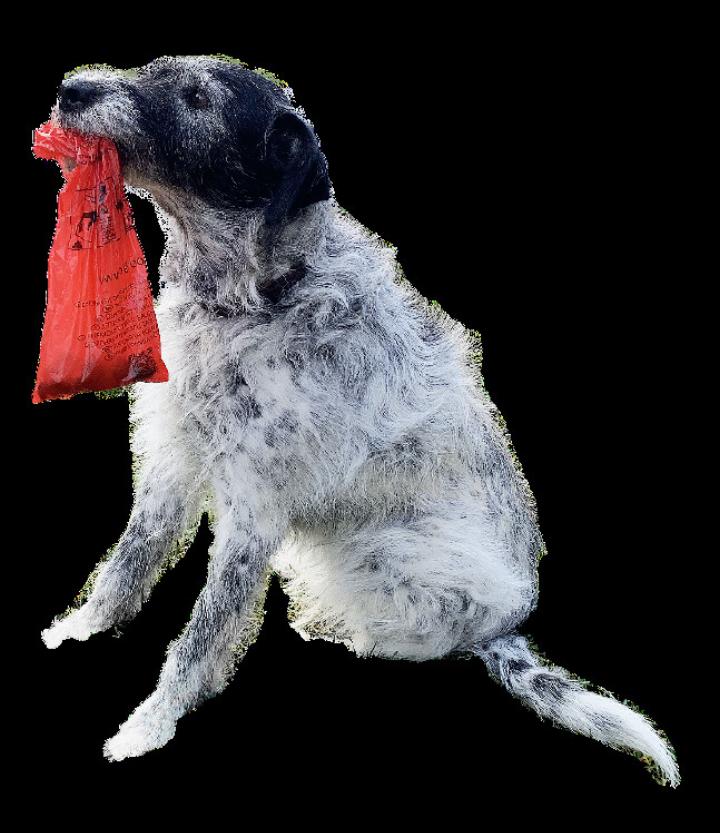 A new awareness campaign initiated by Gstaad Saanenland Tourism, the municipality of Saanen and the Saanenland Agricultural Association aims to get people involved and engaged in reducing litter in the Saanenland region. Lots of people – lots of litter
The problem becomes abundantly clear when many people are in Saanenland simultaneously. This is what happened during the recent festive season. It is by no means a question of whether locals or guests caused the litter. The fact remains that littering increased significantly during this period.

The careless throwing away of all kinds of litter is not only unsightly, but it is also dangerous when the it is lying around on land used for agricultural purposes. If the cow eats it, it gets sick. Furthermore, hard objects may cause damage to the machines used for farming.

The matter of dog excrement
Many people discover the beauty of the Saanenland in the company of their dog and it’s just a pity when this beauty is disturbed by the droppings of man’s best friend. In addition to polluting nature, dog faeces left lying around also pose a danger to humans and animals. The faeces are a potential breeding ground for bacteria and pathogens and a threat to farm animals. And on a panoramic hiking trail, the view very quickly gets obscured when the hiker must pay more attention to the path to avoid returning home with dog excrement on the soles of his shoes.

Other countries, other customs
As Europe is growing closer, it becomes apparent that the practice of dealing with dog excrement seems different in every country. In some places, very high fines are issued; in others, the provision of specific waste bins and plastic bags is overburdened.

In Switzerland and Saanenland, the municipality provides free disposal bags and trash bins for them. However, leaving dog excrement on the ground is a misdemeanour and is punishable by a fine according to cantonal legislation.

Raising awareness instead of pointing fingers.
Gstaad Saanenland Tourism, the municipality of Saanen and the agricultural association are focusing on raising awareness rather than threatening punishment with their current “Dreck weg!” (Clean up the litter) campaign. In the coming weeks, flyers will be distributed in many places where either littering is frequently observed, or dog owners are often out with their four-legged friends.

The campaign is intended to get people on board the “litter train” and evoke awareness of their responsibility and taking part. The most important aim is to be considerate towards wildlife and plants and not to leave anything behind, such as litter and dog excrement.

Do your part if you love (y)our mountains. Keep our nature clean – bin your litter!

BASED ON AVS | JENNY STERCHI

PEOPLE LITTER FOR REASONS OF CONVENIENCE

It’s easy to blame some thoughtless litterbug flinging rubbish into a pristine natural environment. But, in reality, the story of litter isn’t as simple as good citizens versus evil polluters.

Why do people litter?
Often, people litter simply because there isn’t a trash can nearby. Rather than bother to carry the trash away, people seem to decide it’s easier to leave it behind. Furthermore, littering is often an unconscious act. Littering is mainly based on environmental cues – or what people see around them. So it all comes down to norms, and you get those cues from your surroundings. In other words, the decision to litter is based on other people’s actions – for both good and bad. If an area is already highly littered, people are more likely to add more litter, while the cleaner an area is, the less likely people are to disrupt the scene by littering. Advocating for better recycling and creating a feeling of “ownership” towards our region is key. By focusing on litter awareness or participating in a clean-up day, you’re helping to create an environment where people feel less discouraged and are less likely to litter!